What are we doing?

Initiatives for support and outreach fall under the following programs:

Providing education opportunities for at risk and vulnerable people.

Construction of a new school in North West Thailand

Our Beneficiary in Thailand – Kid Launch.

Our Beneficiary in Nepal – EDUC.

EDUC is a non-profit organisation in Kathmandu, providing education and development to the economically and socially challenged children of Nepal.

Our Beneficiary in Australia.

We are now also starting to work with other non-profit organisations in Australia to assist with raising funds to provide relief for natural disasters at home.

Kid Launch are proactively building new projects in Northern Thailand and border regions that can eventually be controlled and maintained by local communities. Many of the recipients of support are youth that may not otherwise have access to it.

Specialists conduct inclusive community evaluations to determine significance of support and if future development can be sustained by the community long term. Every attempt is made to ensure sustainability through empowerment and leadership development rather than management. Kid Launch are guided by the conviction that social progress comes from civic engagement; communities, families, and individuals driving society forward themselves, fuelled by an idea or instinct to do good.

Kid Launch was founded by Davee Kongpuenphasutha in 2008 to address the widespread lack-of-education affecting thousands of children every year in Thailand. An estimated 900,000 of the nation’s primary school-aged children do not attend school or start several years late, putting them at a great disadvantage.

Davee has extensive experience with child education, immigration and Myanmar-Thai relations, she now heads one of the most aggressive initiatives to support impoverished communities, refugee families and orphaned children. Davee has been recognised for exemplary successes in social support and sustainable development programs in one of the world’s poorest regions. 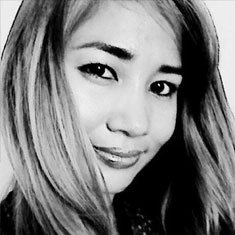 Echo is run by volunteers so that 100% of money raised can be given to the people we support.

If you support us, please take a second to share it with the world.